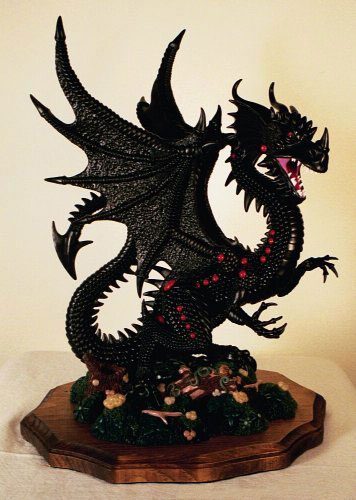 This incarnation of Moramarth the Black was the final piece I created before entering school for formal instruction in sculpture. Upon completion, I contacted the company that makes the clay I used at the time to show them what I had used their product to create. I was very proud and humbled at the overwhelming response of praise I received from members of the company, including the owner and the HR director. The company purchased the piece from me and sent it on tour to various shows around the country as an example of what could be accomplished with the clay they manufactured. I was proud to be at a show in New York with the piece to talk about how I used the clay.

Unfortunately in 2002 there was an accident in shipping the piece to a show in PA, in which the sculpture arrived in many pieces. Although the piece was sent back to me for repair, there was just too much damage for me to be able to salvage it. Although I still use their clay for some applications in my work, I have since moved on to other materials more suited for this kind of work, and the final pieces are now molded in silicone and cast in porcelain or glass-filled resins or metal, which makes them many times more durable than they used to be. 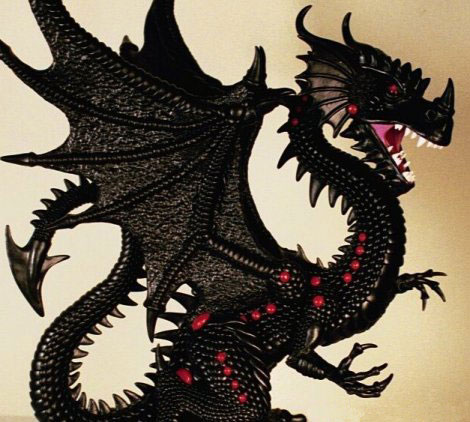 This was an impressive piece. You can see how he has started to enlongate from his previous incarnation in 2000. This was taken to the final level in 2005, when my formal training and newfound materials enabled me to create him the way he was always meant to be. 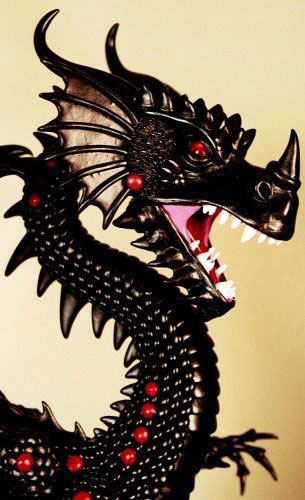 Moramarth the Black is a fearsome creature - the beginnings of his fierce expression are on full display in this sculpture.

This piece is not available for purchase.