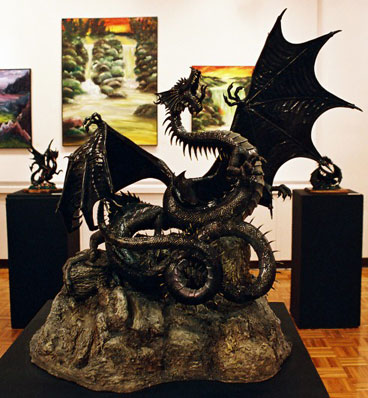 Near the end of my years of formal instruction, I decided to take on a challenge to put my newly-strengthened skills to the test. An entire year and a half of work, from 2004-2005, produced this. 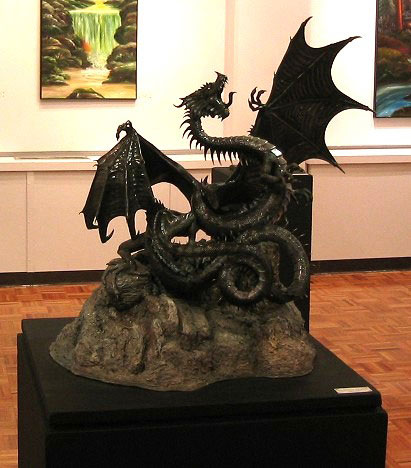 Moramarth the Black is a ferocious beast, whose lordship over the Shadow Swamp of the lost realm of Drakgaea is absolute. To fully capture what he looked like in my mind, I had to use every technique I had learned in school plus a couple extra tricks I invented myself... 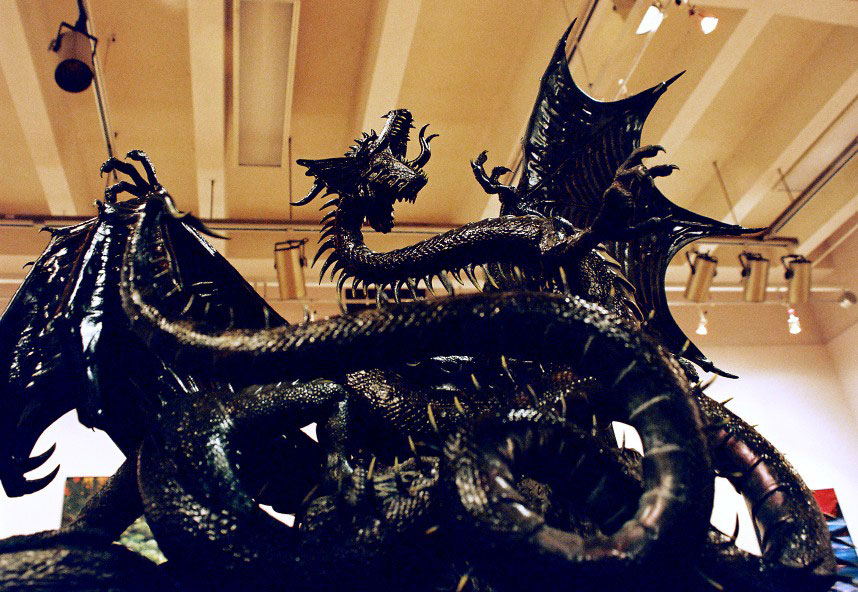 The Dragon is 7 feet long from the tip of his snout to the end of his tail. His wingspan measures 4 feet from tip to tip. 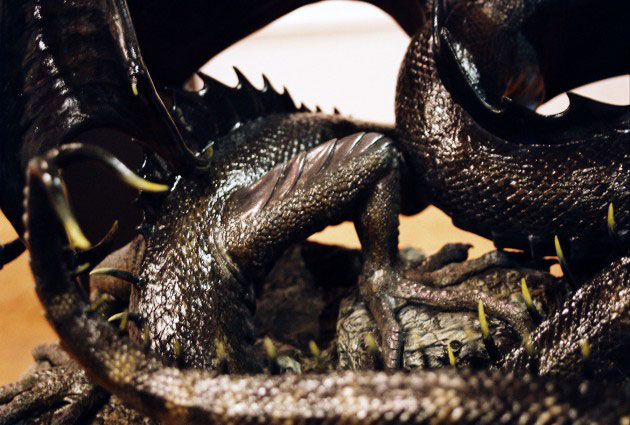 Detailing the body was difficult and time-consuming, but well worth it in the end. The entire sculpture was cut into 15 pieces to facilitate the molding and casting process. The head alone required an 8-part "pandora's box" mold that took a week to make by itself. The pieces were then cast and sculpted seamlessly back together to create the final sculpture. 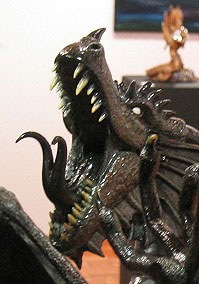 Fearsome, to say the least... 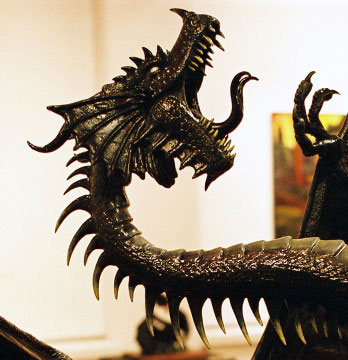 A profile view of the Dragon. To see the evolution of this piece, revisit the versions from 2000 and 2001 - you will see how the concept of the piece grew until I finally acquired the skill to create him in this form. 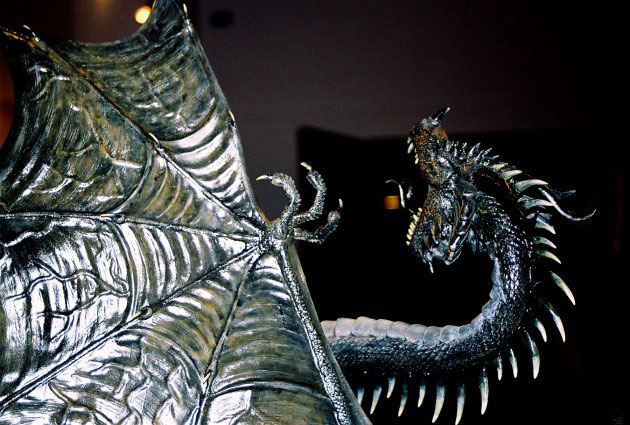 An opposing view of the piece, showcasing one of his mighty wings...

This sculpture, though molded and cast in order to be actualized, is a one-of-a-kind piece. The molds have been destroyed. It is currently in the private collection of Dragon Lord Studios, and is not for sale.