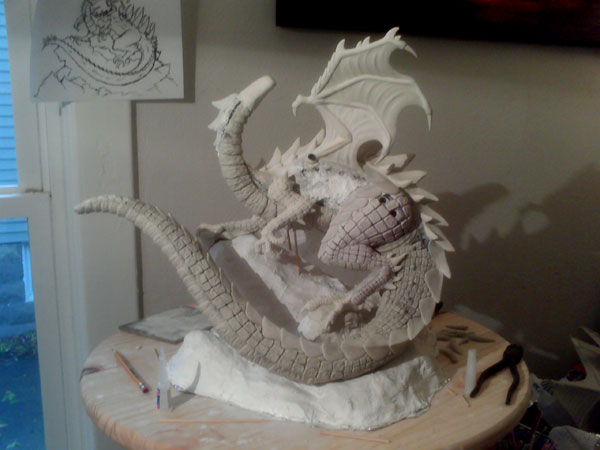 The wing is further detailed, and held in place with a spike so it can be removed and put back in the same place multiple times. This makes working detail into pieces much easier, and allows access to areas that would otherwise be blocked by the piece that needs to be removed. It also makes molding and casting easier, as replicating sculptures in multiple pieces is much less complex than trying to mold and cast a sculpture in its entirety. 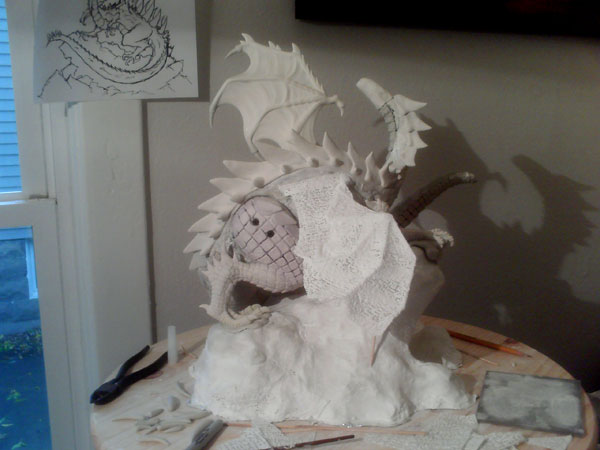 Work begins on a replacement right wing. The first one just didn't cut it, so it was discarded and replaced with this one. 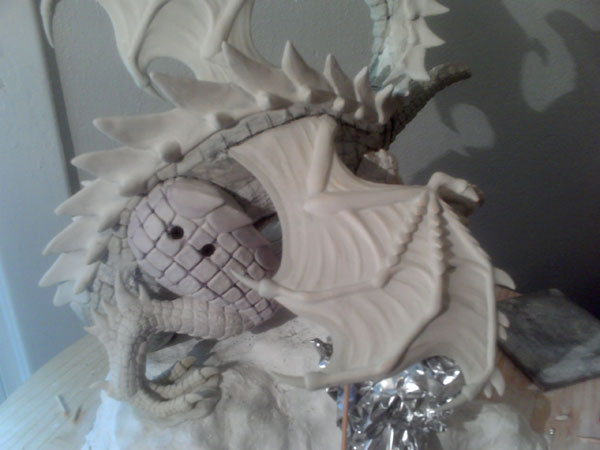 The right wing detailed, "just like that!" In reality, this step took three days... 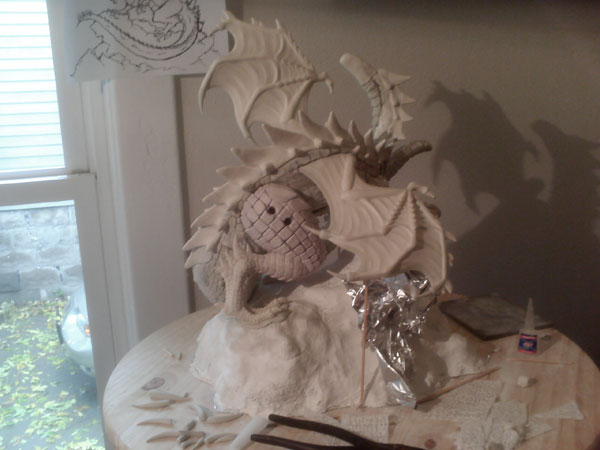 A shot of the Dragon's right side so far.